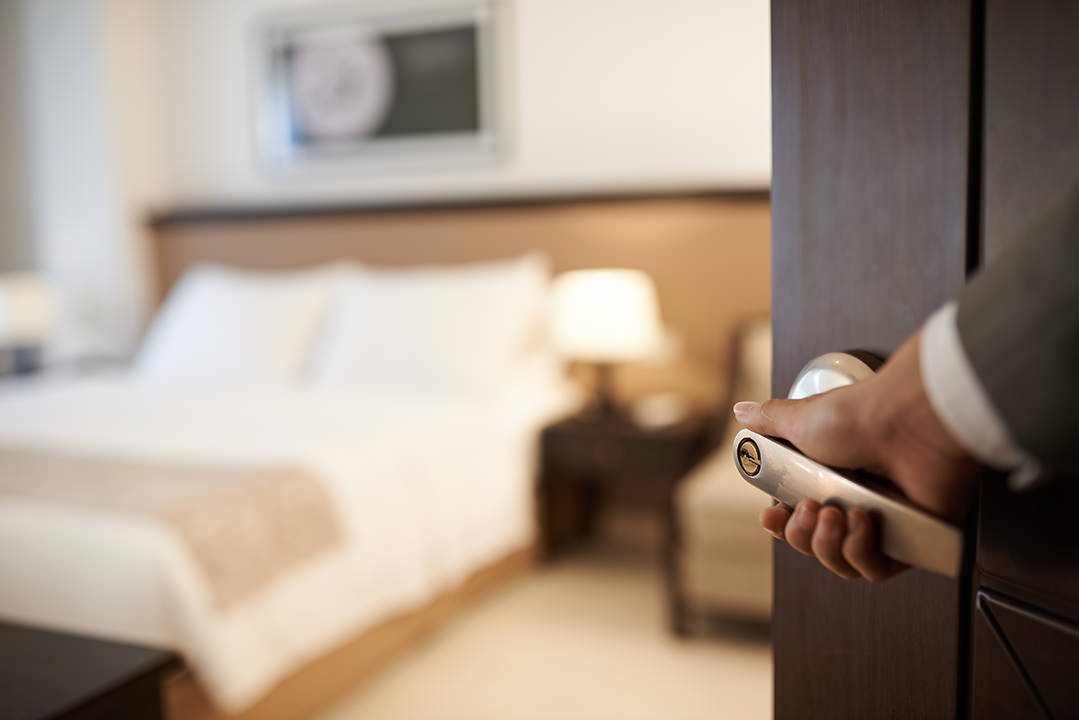 Travel Leaders Corporate has made data available for average nightly hotel rate and average base rates for rental cars in the top 25 U.S. cities.
Miami, FL (May 2016) – Today, Travel Leaders Corporate released an analysis of its business travel clients’ aggregated booking data from the first quarter of 2016. The average cost per trip continued its trend of a small increase over the fourth quarter; however, business travelers in Chicago and New York City experienced a significant drop in average nightly hotel rates. New York City’s average hotel rates dropped 18% to $213.69, the lowest average nightly rate since Travel Leaders Corporate began tracking costs by city. Chicago average hotel rates dropped 7% from the first quarter of 2015 to $147.16 per night. All other top 25 American markets were flat or showed a price increase. 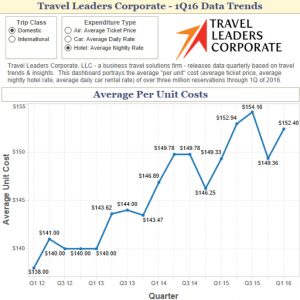 “The patterns that have developed for overall trip cost, as well as average per unit costs as a whole, have remained relatively consistent,” stated Travel Leaders Corporate President David Holyoke. “However, hotel rates by city were extremely fluid in the fourth quarter. Two major cities, Chicago and New York saw significant drops, while cities like Miami, Phoenix, and Tampa were all up double digits. Each of these cities stuck to its historical pattern, but it was much more pronounced than in years past. The increased competition from leisure travelers in warm cities during the winter months helps creates this pattern.”

According to Travel Leaders Corporate’s data, international trip costs have ended their long and steep decline, with a modest average price increase in the first quarter, even though average days per trip held steady. The average international airfare cost increased nearly 3% to an average of $1,565.68, which is still the second lowest quarter of the last four years. Average hotel nightly rates and average rental car base rates both dropped by 9% in the first quarter of the year compared to the fourth quarter of 2015. 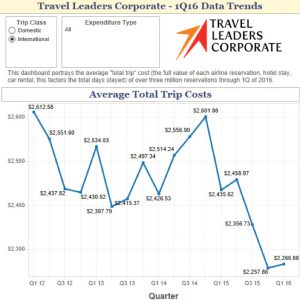 “Over the last two years, our business travel clients enjoyed lower costs on international trips,” continued Holyoke. “However, the euro has regained some of its strength against the dollar, meaning there is slightly less cost savings. With the busy leisure summer months fast approaching for Europe, coupled with a steadier euro, I expect average international trip costs to continue to trend upwards.”